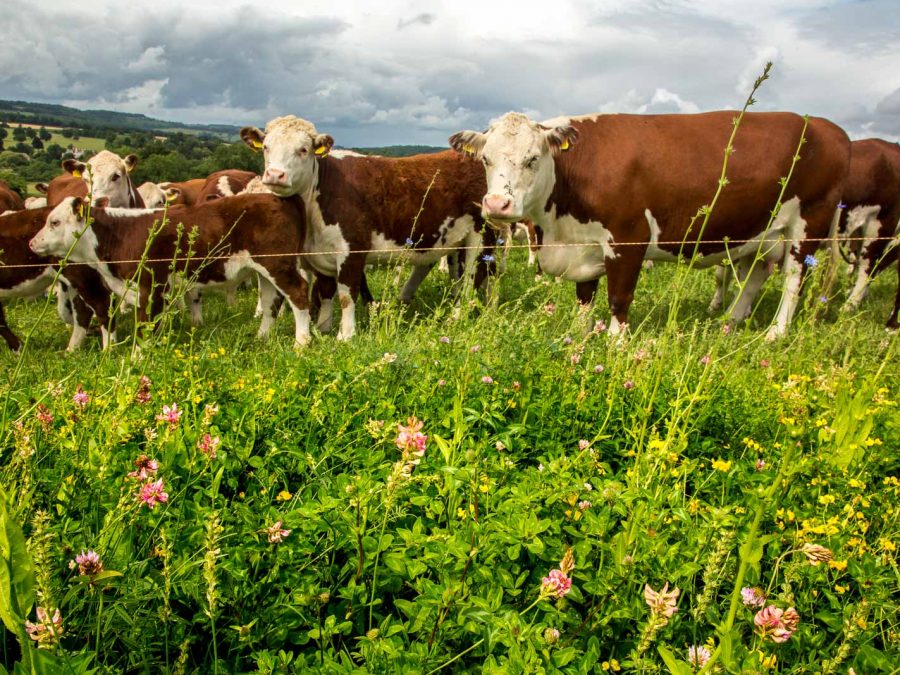 While it is obvious that battery farming is both ethically and environmentally disastrous, other livestock operations can have beneficial impacts on the fertility of the soil and its ability to capture carbon.  Conversely, some vegetables, grown using non regenerative methods, can be environmentally harmful, especially if over processed, packaged and sent across the globe.

Essentially, though, we all need to reduce significantly the amount of meat and dairy products we consume, especially poor-quality beef, lamb and farmed fish and ensure that what we do consume, comes from regenerative / low input systems. (LINK TO LABELS). 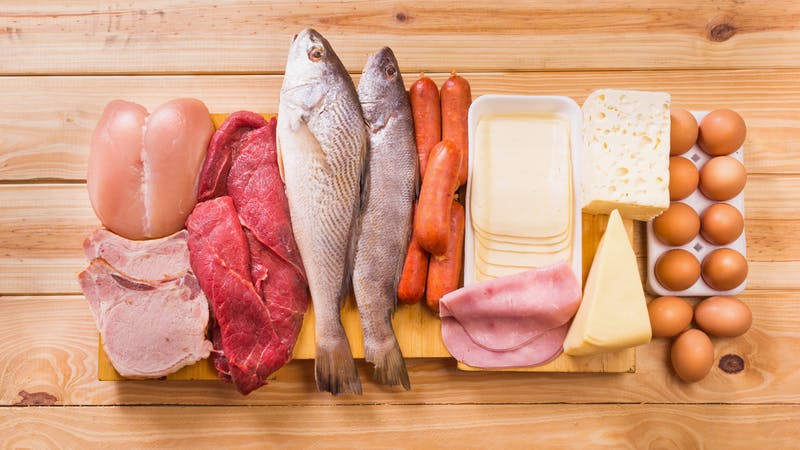 The amount of land globally used for meat production needs to reduce massively. Currently a ridiculously high proportion of farm land across the world is used to produce cereals for animal feeds. (See text in italics below) We cannot continue like this and still feed a growing population with healthy food, trap carbon and increase biodiversity. 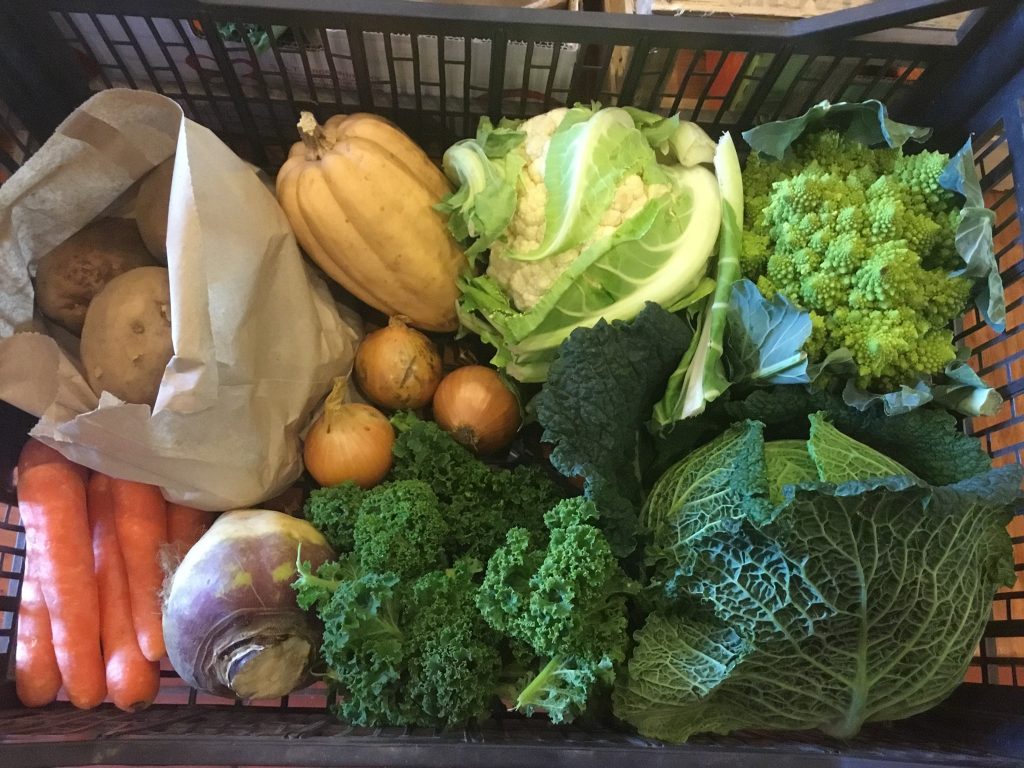 Intensive battery farms use more fossil fuels in their production and maintenance than outdoor reared animals. There are around 1,700 intensive factory farms in the UK including around 800 megafarms. This is far fewer than the USA,  where much of the greenhouse gas data comes from.  The Committee on Climate Change reports that, on average, British meat produces only half of the global average rate for greenhouse gas emissions. (Ref 1)  Animals raised in these cruel factories often need antibiotics, affecting their gut health and then our gut health in turn.  They are given food that isn’t healthy for them or the planet in its production.  Their meat, unlike pasture/forage fed, hasn’t got the same CLA’s and healthy fat ratios.  It  isn’t healthy for us like those grown at a more natural pace, eating food they were designed to eat, in surroundings that don’t make them stressed and bored. (Ref Graham Harvey)

Those reared on a regenerative farm are chosen so that they can live outside for all or nearly all the year. In mid-winter, they may well need some extra food supplied, but it should preferably be grown locally or be a by-product. In the main though, animals should be able to forage for a broad range of fodder. Their stocking rates are lower than conventional’ farms and they have more room to roam and interact naturally. So regenerative raised animals should have high welfare, but  the two certifications are little used.  Therefore, look  for organic, RSPCA and outdoor bred labels in order to ensure as best a standard of welfare as possible. Higher welfare usually means higher nutritional level. (SEE GLOSSARY – CERTIFICATIONS). 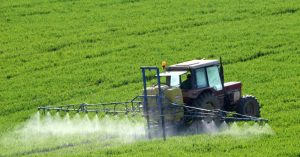 It is easiest to trap carbon in fields with a mixed species of seven or more plants. The Jena experiment in Germany (Ref 2) has proved this. With a species mix of 8-16 they saw an increase of carbon production in soil of 21.8% more than in a plot with low density of 1-4 plant species. The experiments and observations have also proved that mixed species enable the soil to create more humus and a deeper soil generally, which enables better water management with more nutrients, including nitrogen. Gabe Brown, a pioneer regenerative farming in the USA, agrees and takes it further to say that adding animals into the mix, again increases fertility and further carbon capture. Nitrogen is needed by plants and is usually added artificially. Artificial nitrogen fertilisers are attributed to poisonous algae blooms, the near death of the Great Barrier Reef, the massive explosion in Beirut from age-deterioration and the major issue of reducing the proper function of our soils and plants. Indeed, synthetic fertilisers are one of the most energy intensive, environmentally damaging inputs in agriculture. Therefore, it is important to add it naturally whenever possible and it is efficient to do so through a mixed herbal ley /pasture.

We can either add Nitrogen with artificial fertilisers, or with plants that help microbes to make it,  including legumes – also clover and vetch found in herbal leys, which also have other benefits.

We could just leave these mixed herbal leys and cut them for hay or silage, but farmers do need to be profitable and animal grazing can also add an extra level of fertilisation with their urine and manure. Such herbal leys can also be used to give the land a break from growing crops and reboot the fungal and microbial life in the soil. We cannot eat such grasses and herbs and so, in a world where food is needed for a growing population, it makes some sense to provide meat from such a system. We must always beware, though,  that overgrazing and use of synthetic inputs can increase soil erosion and carbon loss.

Some may argue that there are regions of Britain that don’t lend themselves to arable production. Indeed, it would be very hard to produce crops on the many thin, hilly soils, but agroforestry, silvopasture and rewilding offer alternatives for such areas. They will require much time, knowledge and care to create. This marginal land, not suitable for crop production, could be rewilded,  but again, such land benefits from the introduction of some animal species and these will eventually need management in order that stocks don’t get overlarge for the area. (Link Isabella Tree).  Again, meat from such management is far healthier for us than that which is mass produced in intensive farms.

We cannot discuss farmed meat without discussing methane. It’s a nasty, though short lived, greenhouse gas that ruminants mainly burp. Cows are by far the main offenders, hence the need to especially reduce global beef and dairy consumption. Choosing meat produced on regenerative farms would somewhat mitigate the amount of methane produced.  This is because of the benefits of the carbon and nutrients captured through the herbal ley and the natural  animal fertilisation.  Hence,  the processing by the animals would have more benefits than the negative effects of the methane.  This is why the NFU are confident that they can reach net zero on their GHG emissions by 2040. (Ref 3). 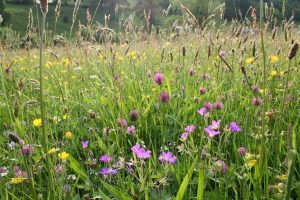 We currently import 42% of vegetables we consume and 89% of our fruit, increasingly from water stressed countries. These crops are usually from intensive systems. Yes, it provides incomes but it also means that those countries have fewer natural resources to feed themselves and large amounts of air, sea and road miles are used in delivery. We need to reduce plastic use and fossil fuels use.  It therefore makes sense that we reduce the amount of animal fodder, such as maize, that we grow. That accounts for around 22% of farm land usage here in the UK.  Good land is also used for biofuel production.  We need to consider turning over much of that acreage to food production for human food.

We will always need to import food that can’t be grown here, but again, like meat intake, we need to reduce this, especially food production and delivery methods which are more fossil fuel dependant.

Finally, it is important to draw your attention to the amazing results that animals have had in the desert edges of Africa, Australia and the USA, where mob grazing through holistically managed cattle is improving the soils and making arid areas greener. The trampling of their hooves creates moisture- collecting cups in the soil. Short sharp, holistic grazing, mimicking the movement of buffalo, spreads seeds and their  excrement fertilises the seeds and the soils.  Their hooves trample and combine the mix, so then microorganisms, such as dung beetles, can take over, helping fertilise and make green the land again. It is here that animals are needed more than anywhere else! The work was started by Allan Savory (LINK TED TALK IN FURTHER READING). His institute is working hard to increase such effects and many farmers in dry regions of Australia and the USA are using his techniques for great gain. 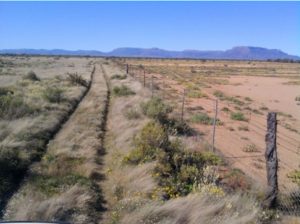